Home » Artillery Hornet 3D Printer: What You Need to Know Before Buying

Artillery Hornet 3D Printer: What You Need to Know Before Buying As a fused deposition modeling (FDM) 3D printer, the Artillery Hornet works by expressing thermoplastic filaments through a heated nozzle, melting the material, and layering the plastic to build a platform. It’s a great method of 3D printing for entry-level users.

FDM 3D printers are one of the most popular types of 3D printers on the market. So, what makes the Artillery Hornet 3D printer so special?

Artillery is owned by Shenzhen Yuntuchuangzhi Technology Co., Ltd. The high-tech technology group company specializes in a variety of areas, including the research and development, production, and sales of precision metal parts and components. You may recognize the name as a well-known supplier of 3D printer accessories in China.

In 2018, the company positioned itself in the 3D printer R&D area. With the expertise of skilled domestic and foreign engineers, Yuntuchuangzhi is committed to developing intelligent, high-efficiency FDM 3D printers.

The Selection of Artillery 3D Printers

Artillery released their debut FDM printer, the Artillery Sidewinder X1 in 2019. Considered a worthy contender to the Creality CR-10, the machine boasted touch-screen control, a synchronized dual Z system, and an impressive price. This product was embraced by the industry and the brand gained momentum.

Shortly after the success of the Sidewinder X1, Artillery released Genius. The smaller model was equally well received and sold out shortly after entering the market.

In November 2020, Artillery released the Hornet. The Hornet is the brand’s first attempt at targeting entry-level consumers and the educational 3D printer market.

The Hornet is the newest release under the brand. As the third generation of this product, there’s a lot more to the printer than its bold yellow color and attractive price tag. Starting with the basics, the Hornet has everything that is needed to get the job done. This is achieved with the following specs: Top Features of the Artillery Hornet

The Hornet is a top choice for beginners. It offers all of the basic features as well as a few additional perks. Once assembled, one of the first details you’ll notice about the Hornet is its bright, yellow color and modest build size. This adds a funky element to the printer, but it’s not just fun to look at. The innovation in visuals also continues in other areas of functionality.

The integrated cabling with the PTFE tube is one of the most noteworthy features. This connects the hotend to the extruder. On one hand, it makes the product more well-rounded as the Bowden tube doubles up as a power cable with foolproof lock that minimizes movement of the filament.

On the other hand, choosing a Bowden setup might make certain flexible filaments more difficult to print. It might also be harder to replace the filament if broken. The stepper motors are driven by a Ruby 32-bit motherboard, making it quieter than most entry-level 3D printers. This board is produced by Artillery themselves and they intend to use this as a base for further innovation. Artillery has chosen to invert and mount the Z-axis motor on top. The purpose is to reduce wobble and vibration by properly aligning the lead screw. This is a step forward from the Artillery Sidewinder X1 issues in unsteadiness.

The tempered glass bed is glued to the heat bed and wired to the main power line. Because of this setup, it heats up quickly and you can start printing much faster. Furthermore, this also ditches the metallic clips and helps in holding down prints on the plate. The Hornet has followed the Genius, almost a year later. While there are a few features shared by both printers, each has its own unique attributes.

Both printers have the same build volume and the heated glass bed. However, some may consider the Hornet to be a downgrade from the Genius as it lacks certain features.

In the same breath, there are a few features that set the Hornet apart: the Ruby mainboard, the cheaper price, and the inclusion of a regular cable (instead of the ribbon cable) to name a few.

Why Do People Love the Artillery Hornet?

The Hornet has a lot going for it. Its innovative design and progressive features have contributed to its success. While no printer is perfect, especially in this price range, there are few key qualities of the Hornet:

While the Hornet has a lot going for it, there are a few details to note before swiping your credit card.

Where to Buy the Artillery Hornet 3D Printer?

Released on November 11, 2020, the Artillery Hornet 3D printer may be new on the market, but it is already available through various outlets. The product is shipped from China and reviews suggest that they arrive in good shape.

At an affordable cost of $250 USD (depending on supplier), the Hornet is quickly becoming a favorite among hobbyists and beginners. Even better, they are easy to purchase. Available on Amazon, AliExpress, and Banggood.

In most instances, you get what you pay for but with the Hornet, you get a bit more. The price tag is one of the most appealing details and quality is not compromised to achieve the cost.

Artillery’s Hornet 3D printer is a great choice for entry-level customers who are beginning their 3D printing journey. It offers a polished look and a few features that allow users to progress.

Starting a business that relies on 3D printing? At Jiga, we offer an extensive B2B marketplace for custom manufacturing. Explore suppliers, source, and order custom parts as you need them. What makes the VELO3D system so revolutionary is that it uses a contact-free powder recoater. This cuts down on the need for DfAM. What sets COBOD apart from other 3D printing construction technology is the number of high-profile construction projects worldwide. Brill 3D Culinary Studio: Welcomes us to the Modern World of Culinary Arts 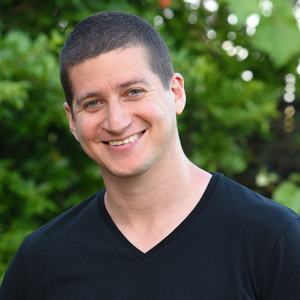 Artillery Hornet 3D Printer: What You Need to Know Before Buying